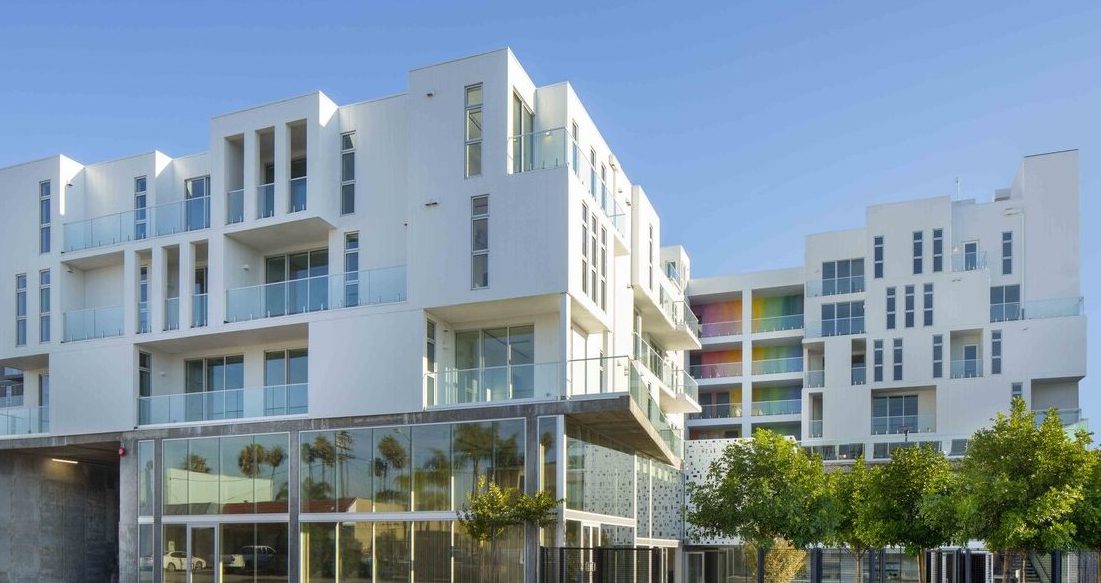 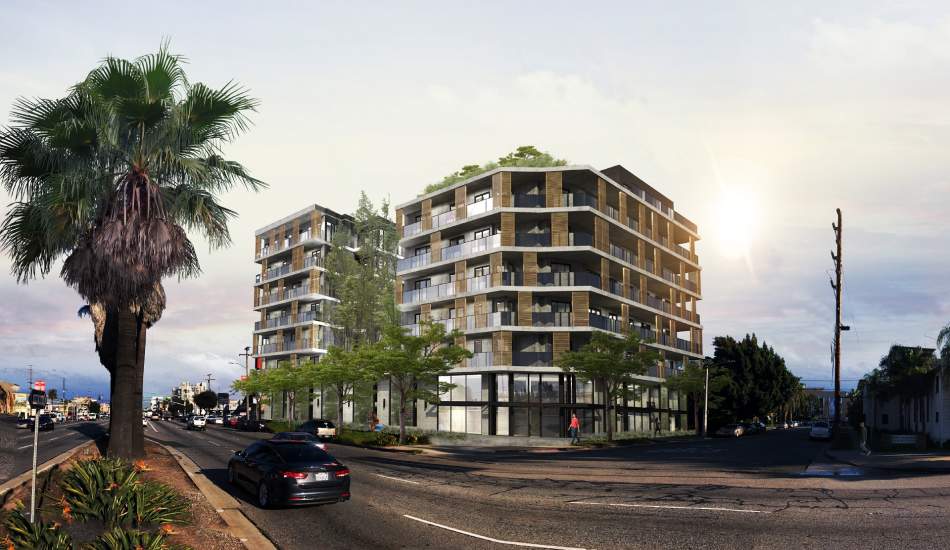 California Landmark Group has unveiled renderings for the MV by CLG, the firm’s latest mixed-use apartment complex in Palms. The development calls for the construction of an eight-story building, above 1,000 square feet of ground-floor commercial space and a two-level, 52-car garage.

A proposed mixed-use development in Palms, calls for razing a thrift store at the northwest corner of Washington Boulevard and Motor Avenue to make way for a new seven-story edifice above 2,000 square feet of ground-floor commercial space and parking for 71 vehicles. 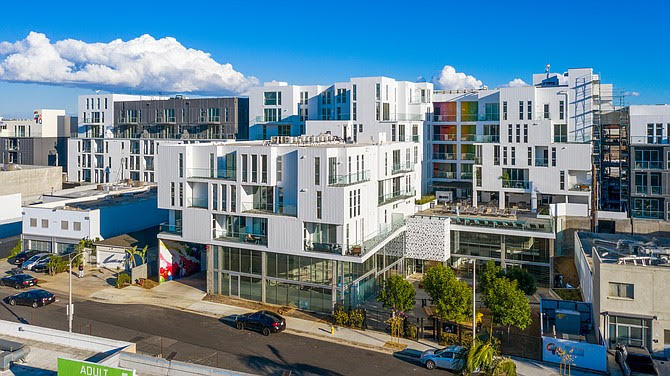 Ken Kahan, the founder and president of West Los Angeles-based developer California Landmark Group, has a clear vision for Marina del Rey. Kahan’s company, a major player in multifamily housing since CLG was founded in 1988, has spent the last 15 years focused on the Marina del Rey’s Marina Arts District. CLG has spent years […]

California Landmark Group (CLG) announced it has fully leased the SW, an 88-unit multifamily development in the Sawtelle Japantown neighborhood.

California Landmark Group aims to develop 112 units on a corner lot in Palms at the border of Culver City.

California Landmark Group is drawing up plans for another multifamily housing project near Sony Pictures Studios.

Putting shipping containers to use, work is now underway in Del Rey to convert what was once an industrial warehouse into an office campus known as “The Container”, the latest in a string of projects in the area from CLG.